Work with our UK-based, award-winning Flutter Developers to build and release new ideas at speed with iOS and Android mobile apps powered by a single codebase. As a specialist Flutter app development company, we cover the entire app development lifestyle to streamline costs, increase profitability and improve efficiency.

Clients we work with

Launched in May 2017, the Flutter framework is Google’s Open Source SDK for building beautiful, natively compiled mobile applications from a single codebase.

Flutter speeds up software development by allowing developers to build apps for android, iOS, web & desktop using a single codebase. This makes our Flutter app development rapid and cost-effective, which is perfect for start-ups or organisations looking to get to market quickly.

Since its launch, Flutter has been rapidly adopted by top global organisations including Square, Ebay, BMW and Alibaba. 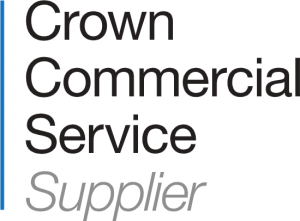 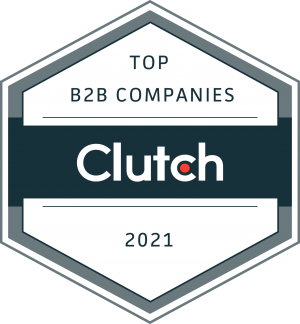 Our robust Flutter app development process helps businesses bring their idea to market in record time, without compromising security, performance or quality. We are one of the few specialist Flutter agencies with significant experience building commercial mobile apps using the framework, having worked with clients such as Red Bull Racing.

Desktop support means we can also use Flutter to develop native Windows, macOS, or Linux desktop applications, allowing you to support a broader range of users and devices. This desktop support also extends to plugins.

Looking to migrate an existing native application over to Flutter to reduce on-going costs and complexity? Our team can support you at every stage of the process, from mapping out technical architecture and integrations to developing custom widgets that replicate native components. We can also help you maintain and further improve an existing Flutter application.

From long term support, to urgent project recovery, we can offer Flutter Consultancy services to compliment your existing team and platform. Alongside developing and maintaining Flutter apps, our developers are able to provide Flutter audits on platforms of any scale to help you to understand any improvements or further development required.

Web support for Flutter enables existing mobile-based applications to be packaged as a Progressive Web Application (PWA). This allows our team to build solutions that span multiple devices. We can also deliver web experiences for existing Flutter applications.

Many of our clients come to us with existing Flutter apps that require urgent support. If your Flutter project has run into difficulties or you’ve fallen out with your existing app developer, we can quickly get you back on track with full code audits and a comprehensive recovery plan.

Ready to Get Started?

Why Build Your Next App in Flutter?

Want to get your MVP into the hands of users quickly or your app to market before the competition? Using Flutters' cutting-edge development features, our developers can quickly experiment, build UIs, add features and fix bugs faster. The faster we build, the sooner you have your mobile application live.

With Flutter, there's no need to compromise on performance or interface quality. Flutter allows for all critical platform differences such as scrolling, navigation, icons and fonts. Delight your users with Flutter's built-in rich motion APIs, smooth natural scrolling, and platform awareness.

Alongside iOS and Android, Flutter supports the generation of web content. With web support, we can compile existing Flutter code into a format that can be embedded in the browser and deployed to any web server. This allows us to use all the features of Flutter without the need for a browser plug-in.

Our comprehensive Discovery process turns business objectives, user profiles, and commercial models into functional specifications and prototypes. We use this information to define success metrics and target users, alongside guiding both technical and product decisions. This ensures your Flutter app is built on solid foundations.

The Solution Sprint is where we work out the details of the product: What does it look like, how does it make your users’ lives easier, and who are the stakeholders that should be involved in working on this solution. Once we have mapped out your users, their problems and the high-level concept for your product, we will use this sprint to build process maps, clickable wireframes and refine your product backlog.

Building products users love is an iterative process. Delivery is where we move onto the ongoing delivery of the product, working in 2-week sprints to deliver against the agreed initial priority items within the backlog. Following dual-track Agile principles, the product team will continue to refine the product and backlog as the delivery of the solution begins. This allows us to consistently incorporate user and stakeholder feedback to continuously evolve your product for the better.

Stable. Seamless. Secure. These three things are essential when it comes to deploying software and applications. The Deployment Sprint is where we coordinate a release across several teams and systems and ensure that it is successful. The goal of the deployment sprint is to ensure that we can run the correct processes across development, staging and production environments with an agreed handover process. This ensures that we’re deploying secure code and have a tightly controlled rollout.

Why choose Netsells as your
Flutter App Development Agency?

We work with organisations across the globe to develop mobile apps that streamline costs, increase profitability and improve efficiency.

Our team are never satisfied with delivering the bare-minimum against a brief. That just doesn’t cut it for us. We take the time to work with you to plan and develop sustainable, long-term solutions that deliver real, measurable results.

From innovative start-ups to large, established household names, our team has worked globally across some of the most exciting and advanced industries. We’ve seen first hand what it takes to build the best mobile apps on the market and are happy to share our insider secrets to help you succeed.

Built to Scale With You

Building a development team is hard. We’ve experienced it first hand and have used our expertise to build and grow one of the best development teams in the UK. Whatever your requirements, our team can deliver projects at any scale and with a varied mixture of popular cross-platform development stacks.

We approach projects by goals and objectives, not purely by features. This ensures your roadmap is always focused on moving the needle and pushing your business forward where it counts.

With expertise and capacity across product, development and delivery, we can adjust our offering to fit your needs like a jigsaw. We typically get the best outcomes for our clients when we own the entire project end-to-end.

We minimise business risk by putting the end-user at the centre of everything we do. This allows us to validate hypotheses quickly and early in our process and obtain valuable information that influences the product direction for the better.

We've honed our processes to make sure we integrate seamlessly into your business with a focus on minimising risk and enabling effective collaboration. Find out what our long term partners have to say about working with us. 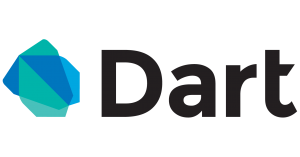 Underpinning our Flutter Development is Dart, a client-optimized language for fast apps on any platform. 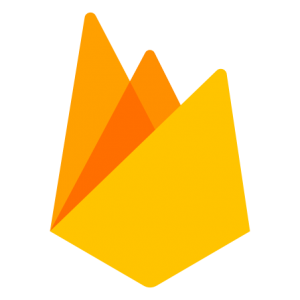 Whether you’re a healthtech start-up embarking on the journey to develop your first app or an established organisation looking to deliver a better mobile experience, we understand what it takes to deliver technology that genuinely changes lives.

Looking to build the next Airbnb? Developing, deploying and growing peer-to-peer apps takes more than connecting two sides of a marketplace. With proven expertise growing the UK’s biggest parking platform, we can help you get to market and become the category leader

From mobile eCommerce to accurately managing inventory, mobile apps can be leveraged by retailers to improve customer experience and organisational efficiency. We help retailers uncover and deliver the mobile-first strategies that will make an impact.